Soklich & Co. are partnering with Starlight Children’s Foundation to produce a one-of-a-kind diamond ring to be auctioned at the Starlight Five Chefs Dinner in Perth this September, with proceeds going directly towards brightening the lives of seriously ill children and their families. 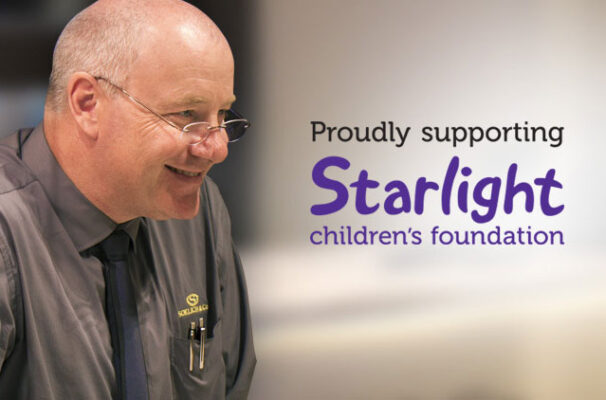 Soklich & Co. jewellery designer Terry Hunt will team up with patients from Princess Margaret Hospital’s Ward 7teen to workshop ideas for the piece, with the winning design being fabricated for the auction.

Mr Hunt will facilitate workshops regularly over the next six weeks to guide patients through the design process, ensuring the final piece reflects Starlight’s philosophy while also appealing to a wide market.

“We will hold the workshops in the Livewire adolescent rooms,” Mr Hunt said.

“Livewire is a space within the hospital that has a strict ‘no adult admission’ – even parents are banned. I feel it’s something of an honour to be invited into this teenage sanctuary.

“I’ll start by showing some of my design work and challenging the kids to do something better.”

Final designs will be put out for public vote within the hospital and once the winner is chosen, the designer will be invited to Soklich & Co.’s workshop to brief the jewellers on the finer points.

“Then later as the piece is being manufactured we will invite the successful designer back to the workshop, accompanied by their parents, to help work on the piece. This will be a unique opportunity to actually get their hands dirty,” Mr Hunt said.

Soklich & Co. owners Chris and Lexie Soklich said they were proud to be supporting Starlight through an initiative such as the workshops, which would help to transform the hospitalisation experience for sick children.

The final piece will include Argyle diamonds, tanzanite and 18ct yellow and white gold. Starlight Hospital Programs Manager, Emma Cahill, said: “We are very excited to be working with such esteemed designers as those at Soklich & Co. to enhance our adolescent program.

“Workshops are a great way to positively disrupt the usual hospital environment and for a sick teen to have their design brought to life is an amazing opportunity.”

Being able to share precious Australian diamonds and the skills of our award-winning jewellers to inspire the imaginations of the beautiful and individually unique children at Princess Margaret Hospital is a privilege,” Mrs Soklich said.